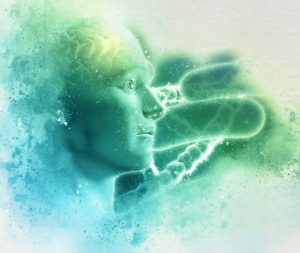 Synopsis: This article describes the importance of the immune system in fighting diseases and the damage done to the immune system by most conventional medical treatments.  Man used to be the hopeless victim of his circumstance.  When Louis Pasteur developed the idea that bacteria cause disease and chemicals can kill bacteria, modern medicine was born. Ever since that day, we have struggled to develop chemicals in order to enhance our health.

Article: Our medical industry is incredible at emergency treatment that saves lives, pain management and replacing broken systems.  But, they are not in the business of curing.  Yes, you heard me right.  Western medical doctors seek to replace the body’s natural immune system activity.  By providing either antibiotics to kill bacteria or chemotherapeutic agents that try to arrest aggressive cellular growth or with bio-engineered molecules that simulate elements of our own immune system, they try to make up for the lack of a strong immune system to do its job.

Surgery also depresses the immune system.  The greatest cause of death following a successful surgery is a secondary, or nosocomial infection (one picked up as a result of the hospital stay).  With a depressed immune system, secondary infections can be deadly.

In contrast, traditional medical practitioners use botanicals and other natural substances to stimulate the body’s own defense mechanisms rather than substitute for them.  Many products that have been validated to cure diseases have been used in Europe and Asia for hundreds of years. But the pharmaceuticals have kept out of the country simply because they can’t synthesize and patient them.

This article is not to discredit the excellent work done by medical researchers in developing some effective medicines.  In the 1920′s and 1930′s when mastoid infections were rampant and children were routinely given the disfiguring “mastoid operation” which left one ear laid back over the hole where the porous mastoid bone had been scraped out of the skull.  I bet most of you reading this have never heard of mastoid infection.  But, back then you could scarcely go shopping without seeing one of these little boys or girls with one side of their skull caved in behind their ear. Chemical intervention by the means of antibiotics has delivered society from this scourge.

However, we live in an ocean of bacteria and viruses.  It is not the microorganisms that cause disease; it is an inefficient immune system.  We see the evidence of this truth constantly around us.  One person in an office gets a very bad cold.  The one sitting next to him doesn’t get a sniffle. Certainly both were exposed to the same microorganisms. What is the difference? It is in the differences between their immune system systems, isn’t it?   That’s why we get a flu shot, to build up our immune system against the infection. The immune system destroys cells foreign to the body.  But, sometimes, when it is weakened and out of alignment, it actually attacks healthy cells, thinking they are foreign bodies.

A popular expression in one area of the alternative medical treatment of disease is this; “Certain diseases are the result of an immune system that didn’t destroy mutant cells”.  Obviously, mutated cells are considered foreign to the body. The immune system of a healthy person destroys “100,000″ mutated cells every day.  When this defense ceases, the mutated cells can multiply and become critical.

Among all the incredible features of our bodies, our immune system is perhaps one of the most amazing mechanisms.  It is designed to defend you against millions of bacteria, microbes, viruses, toxins and parasites that would love to invade your body.Conventional medical practice knows that their treatments are sometimes devastating to the already weakened immune system.  But they have very little else in their

conventional black bag of surgery and drugs to deal with the problem.  Some of the agents that were used to treat actually cause disease.  Did you know that?  It says so right on the label.   But, conventional medicine makes the best trade off that they can with what they have available.

Sometimes this system works and a patient recovers and lives for a long time.  But, even with the best treatment available, some have survival rates as low as 4%.

Usually, however, the condition will return in a few years.  Then conventional medicine has nothing to do but to try to make the patient comfortable and to extend the patient’s life as long as they can.

Now, suppose that instead of damaging the body’s only defenses with things like chemicals and radiation, we focus on strengthening the so it will do its job?  This is exactly what a large segment of alternative cancer treatment does with supplements like Coriolus Versicolor.

In a report released at the 20th European Congress of Obstetrics and Gynecology in 2008, it said that the results of a year-long clinical trial examining the effects of Coriolus Versicolor mushroom supplements in people were so impressive. Dr. Silva Couto and his research team found that Coriolus Versicolor supplementation over the period of one year substantially improved their immune systems.

This is important:  Coriolus Versicolor, the ingredient in inForce Immune Builder, DOES NOT CURE DISEASES.  What it does is bolster and balance the body’s immune system.  It acts as a modulator.  It’s the immune system that is the body’s ultimate defense against infectious agents.  With this said, it is important to point out that if you feel you are suffering from any disease, illness or condition, you should consult with your health care practitioner immediately. 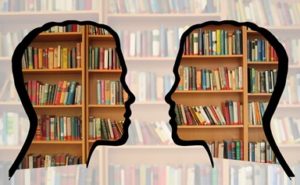