Published in Japan since the 1970s, over 400 clinical studies have shown that a purified extract derived from the mushroom, Coriolus Versicolor, offers strong benefits for the immune system.  The extract is a protein-bound polysaccharide preparation isolated from the mushroom’s mycelia by use of hot water in a multi-step procedure. After completion of the extraction process, the evolved solution is concentrated and dehydrated.  The mushroom powder is then encapsulated for easy ingestion.

Coriolus Versicolor goes by a number of botanical names, including Trametes Versicolor, Boletus Versicolor, Polyporus Versicolor, Polystictus Versicolor, and the common idiomatic attribution of “Turkey Tail.”  The fruiting bodies do resemble a turkey tail in full plumage and the versicolor name comes from this mushroom being variously colored.  In Japan it’s called “Kawaratake,” which means mushroom by the river bank. Among the common people in China, the fungus is referred to as “yun-zhi,” indicating that it’s a cloud fungus and grows best in the rain.

As an often seen denizen of the woods populating the temperate zones of North America, Asia, and Europe, Coriolus Versicolor possesses fan-shaped fruiting bodies which grow in overlapping clusters on dead trees.  The mushroom’s top portion is zoned, usually in shades of brown, white, grey, or blue, and it sports hairy bands. The underside of its cap is white and shows minute pores which do not discolor after scratching. 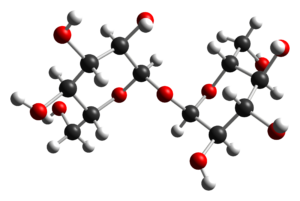 The mushroom’s active medicinal components-biological response modifiers which are protein-bound polysaccharides can be found in both the fungus’ fruiting body and its mycelium (the vegetative stage).  Although, the concentration of the Polysaccharide component is significantly higher when extracted before the mushroom reaches the fruiting body stage.  These concentrated polysaccharide extracts are sold under a variety of trade names in North America and Asia, they are most commonly referred to by the Japanese language designated, water-soluble “Polysaccharide Kureha” or Polysaccharide K (commonly referred to as PSK by those informed patients using Coriolus Versicolor). PSK contains the main components of -1,4- and -1,6- glucans with -1,3- and 1,6- linkages. Also the mushroom contains other medicinal components of secondary importance.

However, recently in China, Dr. Yao Yang patented the extraction process that takes Polysaccharide before the mushroom reaches the fruiting body stage and isolated pure Polysaccharide PSP.  By taking the mushroom before it flowers, and using a patented alcohol precipitation process, Dr. Yang was able to isolate the essence of the polysaccharide, the small molecular protein (polypeptide) is connected. So it is called Yun Zhi Duo Tang Tai or Yun Zhi Tang Tai. It is called Essence of Mushroom (Yun Zhi).

Publishing in numerous Immunology and Immunotherapy clinical publications, no less than 11 oncological researchers representing six prestigious medical schools in Japan conducted a randomized double-blind trial on 111 patients who had colorectal cancer.  After they had undergone surgical operations for their cancers, 56 patients were given PSK alone as an active treatment substance, and 55 other post surgical patients merely received a placebo.

Comparing the two groups, these eleven medical researchers advised, “There is significant improvement in patients’ immune system and a prolongation of disease-free periods for patients who took PSK.  Additionally, polymorphonuclear leukocytes from patients treated with Coriolus Versicolor showed remarkable enhancement in their activities, such as random and/or chemotactic locomotion, and phagocytosis.”

In conclusion, the beneficial effects were probably due to the activation of leukocyte functions as one of the many biological-response-modifying activities induced by PSK/PSP. 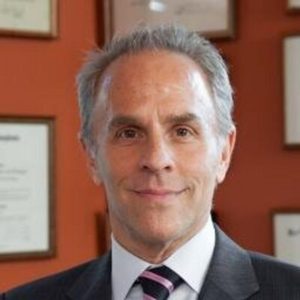 “Because it increases natural killer [NK] cell activity, I think of using Coriolus Versicolor mainly when I’m confronted with a patient suffering from cancer or a viral infection,” says Kenneth A. Bock, MD, medical director of two holistic medical clinics, one located in Rhinebeck, New York and the other in Albany, New York.  “This mushroom is one of the main medicinal compounds I use to boost a diminished blood reading which records NK activity.  PSK does produce a marked improvement in NK cell function and number, something I monitor by testing. If the blood reading is low, my patient takes greater amounts of PSK capsules.  And, although it’s an expensive and sophisticated assay, I repeat my NK cell testing inside of a month or two. In a number of patients, I’ve seen some nice blood test improvements.”

“Before consulting me, a few patients with advanced metastatic cancer show NK cell activities of only 2 or 3 minute units (m/u).  Normal measurements for the laboratory I employ are between 20 and 50 m/u. By using PSK for most of these patients, I have observed their NK cells increasing into the normal range.  They then experience an improved prognosis,” says Dr. Bock.

Kenneth A. Bock, MD, lectures extensively to health professionals and consumer groups on holistic medicine. Engaged in family practice, Dr. Bock specializes in treating patients for allergies; plus, he treats heart and blood vessel diseases for which he employs chelation therapy, nutritional therapies, and preventive medicine.