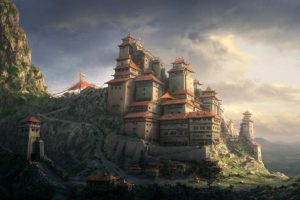 In 1960-70s, Japanese scientists were the first who did research on Coriolus Versicolor employing modern technology, and successfully extracted a polysaccharide (PSK) from the CM-101 strain. PSK is patented and proven that it can effectively enhance immunity of human body. In 1965, PSK is used in human trials for immune boosting with successful results.

In 1977, Japanese Ministry of Health & Welfare approves PSK as the first polysaccharide as an immune boosting agent.

In early 1980s, an expert team led by Prof. Q.Y. Yang of Shanghai Normal University conducted extensive research on over 100 strains of Coriolus Versicolor, identified and extracted a polysaccharide-peptide (PSP) from the deep cultivated mycelium of COV-1 strain.  PSP is known in China as Yun Zhi Tang Tai Jiao Nang.  Scientific tests showed that the effectiveness of PSP was even better than PSK, which was then a popular immune boosting agent in Japan.  When news hit the street, PSP immediately gained international attention. Dr. Yang also received a patent for his invention of Coriolus Versicolor PSP extraction process.

In 1989, The First Coriolus Versicolor PSP International Conference was convened in Hong Kong.

1991-92, stage I, II and III double-blind randomized placebo-controlled clinical trials were conducted through 24 specialist hospitals with more than 1,100 subjects in major cities in China. The clinical trials proved the efficacy of using PSP in complementing traditional treatments of these subjects; and the subsequent registration of “Coriolus Versicolor PSP” was approved by the Ministry of Health in China.

In 1993, The Second Coriolus Versicolor PSP International Conference was convened in Hong Kong.

From 2000 to now, there are significantly more research and clinical studies completed and PSK & PSP are more recognized in the Western world.